How to participate?
Volunteers
and internship
Contacts
How to Encourage Positive Scholastic Development of Students Who Are Non-native Czech Speakers or Conclusions from October’s International Conference
All news >>>

On the 22nd of October, an international conference titled “Long Term Support of Students Who Are Non- native Czech Speakers as a Prevention of Scholastic Failure” took place in Prague. The conference was organized by the NGO META under the patronage of the Prague City Hall and it was streamed live from a multifunctional space called Prostor39 in Prague 3. The main purpose of the conference was to bring attention to students without the language of instruction and to compare Czech and international experience with long term support of such students. Attendees learned both about various forms of support in other countries and about the new system developed by the Ministry of Education in the Czech Republic and its strategy how to support immigrant students.

The daylong program of the conference included presentations of ten experts experienced in successfully integrating students. In her opening speech, Ms. Mariana Čapková, the Prague Town Hall representative, talked about the difficulties that immigrant students and their teachers deal with and emphasized the experience and important contribution of the non-profit sector. Ms. Čapková also supported the idea that the state should be responsible for systemic and sustainable solutions of these problems.

And What Are Our Ideas?

„The immigrant students need much more than just the initial intensive language course. To be able to hold a conversation is not enough to succeed at school! “, Magdalena Hromadová and Karolina Dohnalová from META pointed out in the first presentation of the conference. They introduced a three-level system of support based both on already existing support measures and on systemic instruments that the Czech educational system is still lacking. They also believe that schools should cooperate with teachers who teach Czech as a second language and with bilingual assistant teachers.

The speakers’ presentation can be found here.

We Can Find Inspiration in Nursing Schools in Bordering Countries

The first morning part of the conference was closed by an inspirational contribution of Barbora L. Stralczynská from the Faculty of Education of Charles University, Department of Pre-primary and Primary Education. „In many countries in the EU,  and contrary to the situation in the Czech republic, language support in pre-primary education is already defined on a national level.“ She also mentioned successful strategies that help increase inclusion and support multiculturalism: e.g. creating multilingual environment with respect to different cultural traditions and religions. The audience particularly liked classrooms with language corners with various learning materials or schools where mother tongues were used – in one instance when singing happy birthday.

What Can We Expect from the New System Designed by the Czech Ministry of Education?

In the second part of the morning block, Mr. Svatopluk Pohořelý introduced a new concept of support system for immigrant students. This session raised the most amount of questions. Mr. Pohořelý introduced Ministry’s plan to establish a new organization, funding and extent of language learning for immigrant students during mandatory education. As guidance, teachers can use new diagnostic tools and new curriculum of Czech as a second language. The new system should become effective in October 2021. Since the introduction of this system raised so many questions, META and the Ministry of Education decided to have a meeting in January and February 2021, where this system will be reintroduced.

Mr. Andreas Stockhammer, a representative of the Austrian Federal Ministry of Education, Science and Research, introduced a novel design of German language courses. The system is divided into consecutive stages:  initial intensive language course followed by language skills development during the regular course work. Mr. Stockhammer mentioned an important component of the system: diagnostic tools that monitor and analyze the student’s language competences. He also emphasized the importance of early inclusion, mastering German language and developing academic vocabulary so that students can successfully participate in other subjects of the curriculum.

When the principal takes interest

Principal of Prof. Švejcar Elementary School, Mr. Ondřej Lněnička, closed the morning block with real life experience. According to him, establishing a position of a coordinator for immigrant students’ education, enrolling immigrant students first in intensive Czech course instead of general classes and afternoon Czech courses for more advanced students proved to be good steps. His school engages bilingual assistant teachers, visual learning tools and the “playfulness in learning” approach (playing memory game and word football). Even though the school is successful at integrating non-native Czech speakers, Mr. Lněnička pointed out that the biggest obstacle for successful integration is the lacking systemic support from the Czech state.

Lucie Sichingerová, a coordinator for immigrant pupils’ education at Elementary school in Pilsen, opened the afternoon part of the conference. She introduced a very inspirational individual educational plan, excellent handouts for students and promoted digital translators and interactive white boards. “It is also helpful when students prepare reports about their countries of origin. The class has a chance to learn something new and when the classmates applaud, you can see how the student’ s face just lights up”, adds Ms. Sichingerová. She admits that it is especially important for the student to feel good in the class collective, otherwise they feel different and lonely. She recommends regular individual evaluation sessions with the immigrant students. During these sessions, the improvement of language skills and the quality of integration in the class should be assessed.

The following conference guests were Dr. Jenni Alisaari, a teacher and researcher at the department of Teacher Education at the University in Turku, Finland and her colleague, Ms. Heli Vigren, a teacher of Finish as a second language. Ms. Vigren presented a video showing her work with the teachers, the emphasis they put on the mother tongue and the effort to achieve functional multilingualism in schools. The audience particularly appreciated the idea that children use all languages represented in the class during their greetings.

The speakers’ presentation can be found here.

What Do We Gain by Supporting non-Czech Speaking Students?

The last and most anticipated speech was presented by the world-renowned professor form the University of Toronto, Mr. Jim Cummins. Mr. Cummins works on language development of learners of English as a second language. In his presentation, he described six strategies that lead to multilingualism in schools and reinforce the immigrant students’ feeling of self-confidence:

2) Reinforce academic language across the curriculum.

3) Engage students’ multilingualism (they should write presentations in their mother tongue and then translate them into the language of instruction …).

5) Empower the students’ identity by connecting to the knowledge, culture and language of their communities.

6) Affirm students’ identities and enable them to use their language for academic and intellectual work.

In the Czech educational system, the methodology of teaching Czech as a second language has become more elaborate in recent years. The purpose of the conference was to find inspiration abroad and bring the attention to development of academic language skills and multilingualism. „The Austrian system enrolls immigrant students in intensive language course for a year, the Finish system combines intensive language course and inclusion in selected parts of the curriculum. In both systems, the intensive language learning is followed by long-term integration into the mainstream classes. The students are helped to develop their second language skills and multilingualism is promoted. I believe that in the Czech Republic, we will combine both strategies – intensive language courses and longer inclusion in the mainstream courses”, adds Kristýna Titěrová, META’s program director.

Recording of the conference in English can be found here.

School principals and educational experts are reacting to the new proposal of the Ministry of Education by signing this open letter to the Minister. Would you like to join them? You can sign the online petition here! 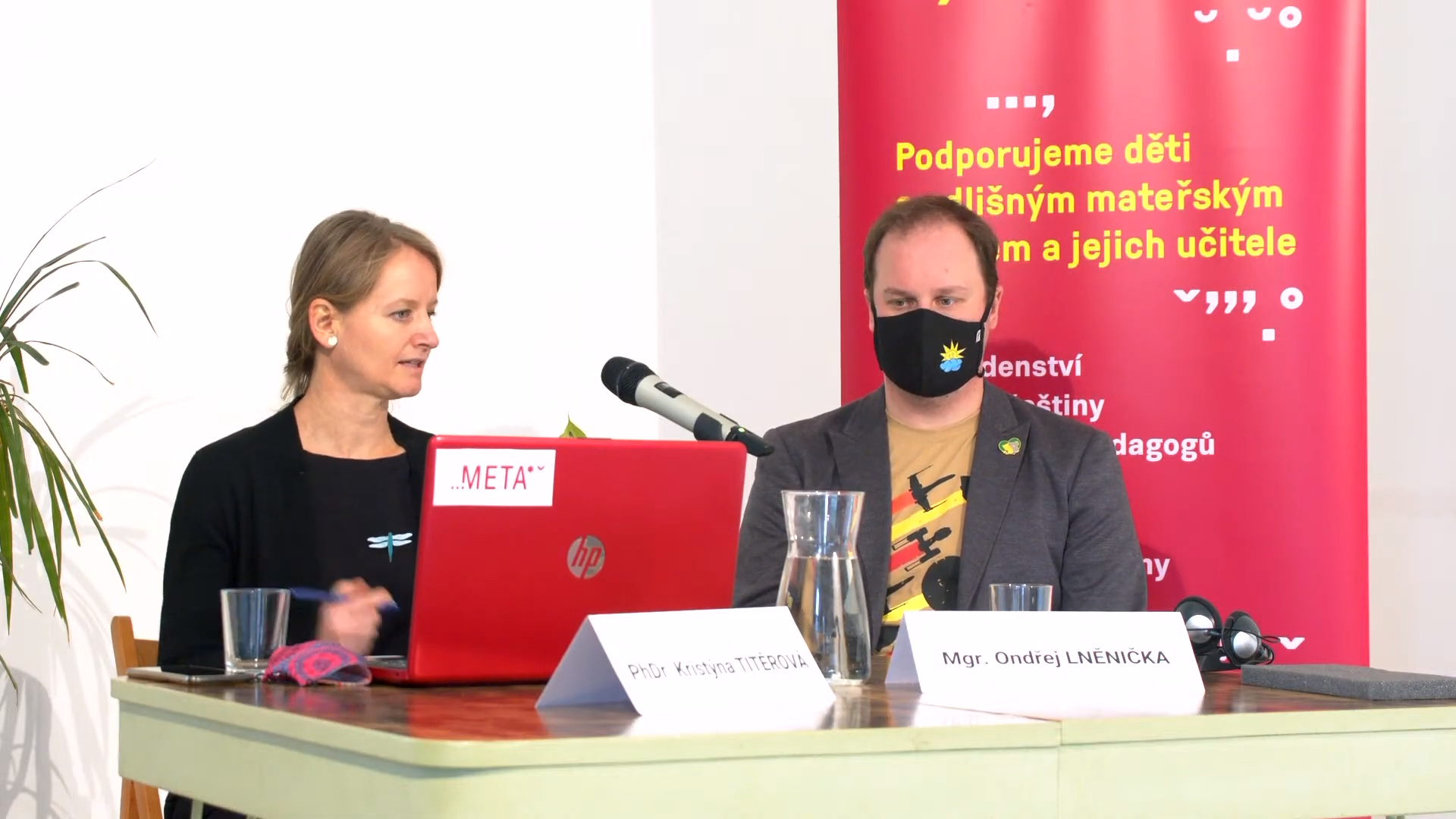 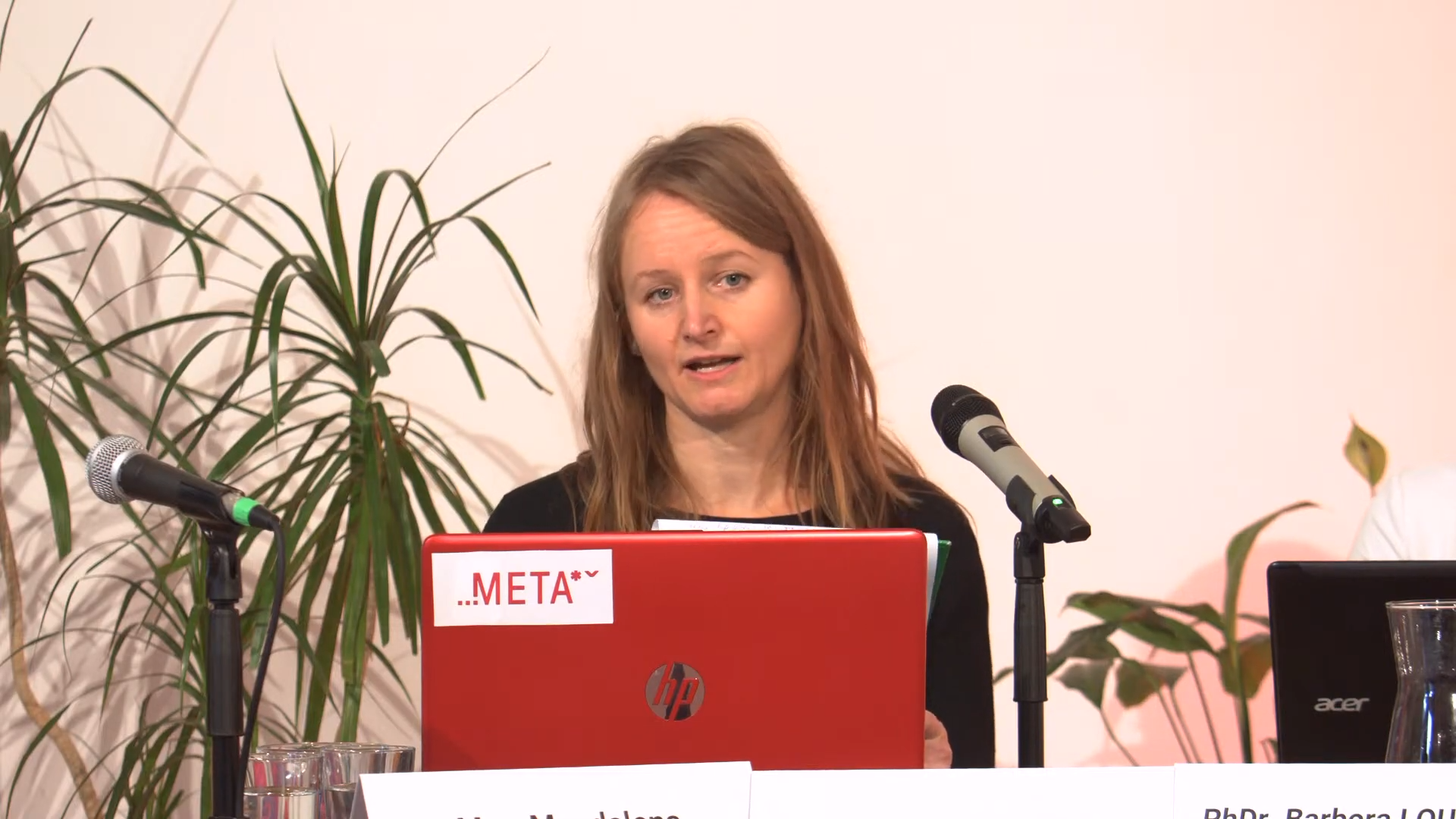 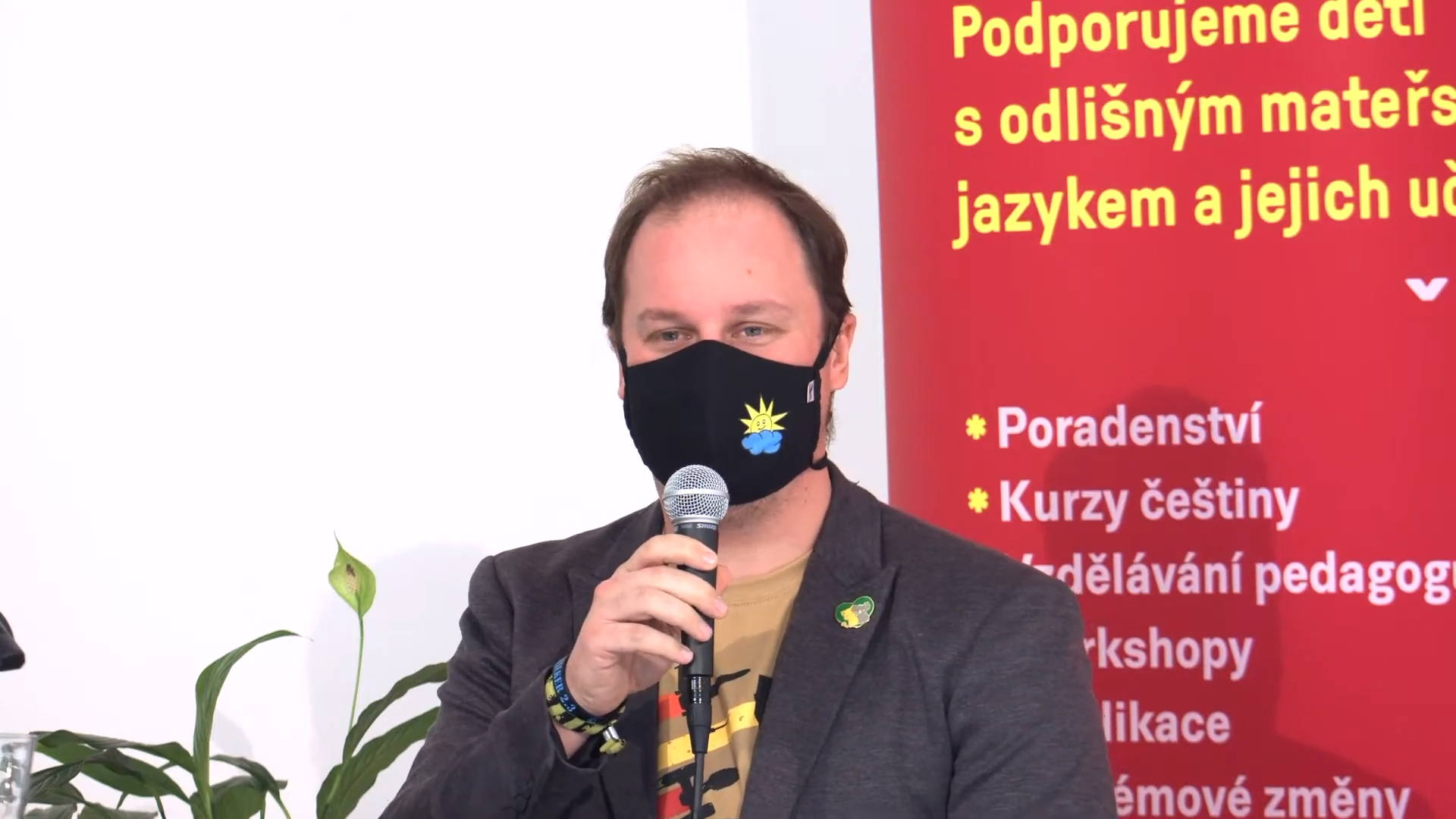 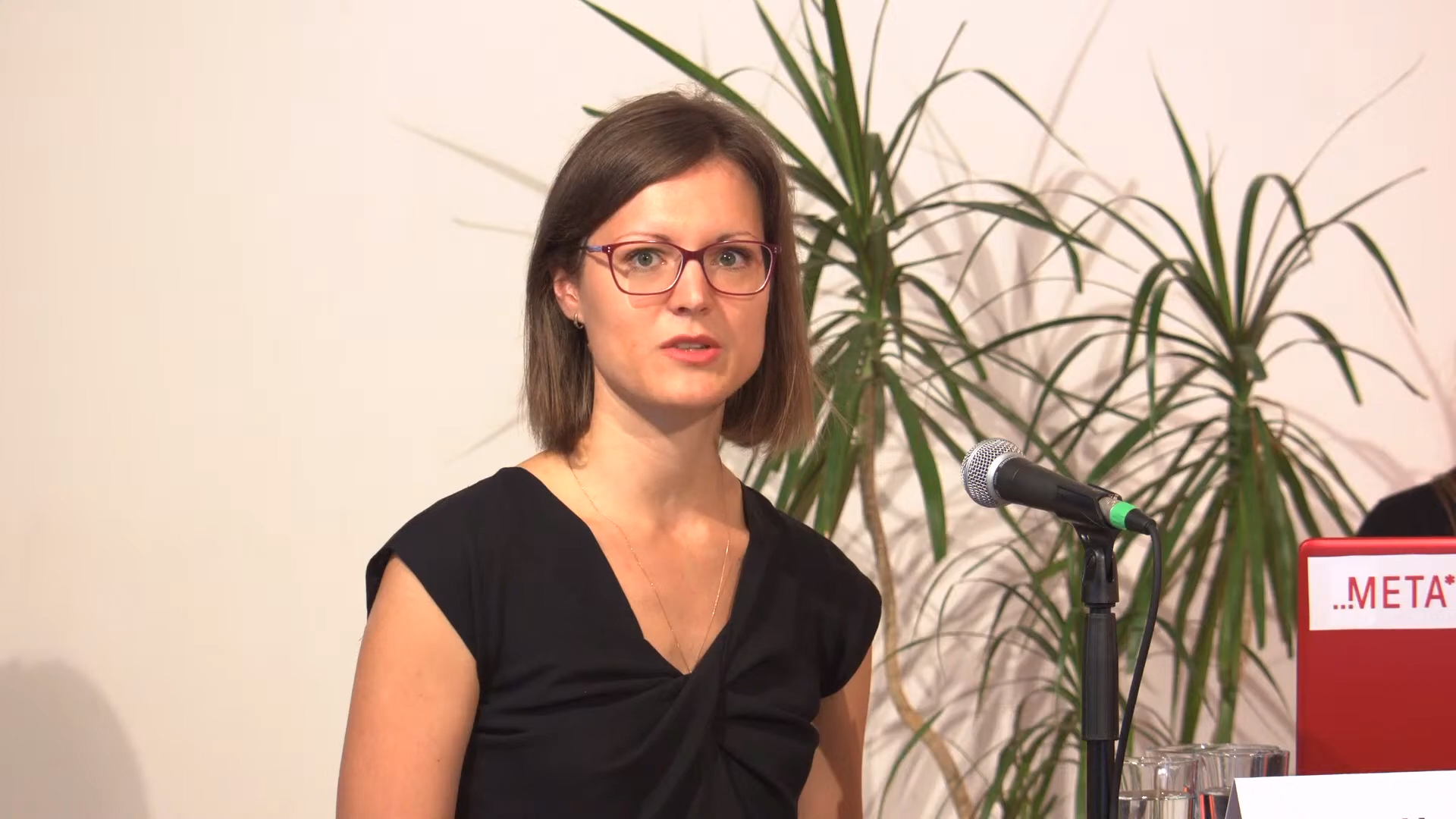